"Lucky for you it's down right frigid out today!" said client Sandra Rodegher. Flying into the Phoenix airport Thursday afternoon, it was 107 outside, down a good 13 degrees from the average. You'd think that was the reason that promoter Durb Morrison tags the convention with the line 'Let it burn!'. But really most of the heat that weekend came from inside the hall.
Hell City Phoenix is held at the Biltmore,... some pretty swanky digs for tattoo people. http://www.arizonabiltmore.com/ Check it out if you're old enough to ooh & ahh at things like amazing architecture & posh landscaping. Hard not to love a joint with eight swimming pools, pool side swim up bar, & a number of putting greens right outside the doors of the bungalows. Late night fire pits where people were roasting marshmallows added to a summer camp vibe. We were also spoiled with hot waitresses cruising the convention hall taking food & drink orders.
And exceptional roster of talent for this show. Sean Karns, Jess Yen, Juan Salgado, Kari Barba, Toxyc, Josh Fields, Josh Woods, Sean Herman, Megan Massacre, Scot Winskye, Dan Ross, Steve Soto, Mick Squires, Monte, Mike Cole, Big Gus, Tim McEvoy,... just a stupid amount of talent. Anyone who knows how hard Durb works to maintain such a smooth running show knows he hand picks the talent to assure a quality event.
Matt only tattooed on Friday, spending the rest of the convention on stage doing live painting as part of the twelve person team chosen for Chris Dingwell's Wet Paint Project. The full line up included: CHET ZAR, CHRIS DINGWELL, JESSE SMITH, NICK BAXTER, CORY NORRIS, DAMON CONKLIN, MATT LUKESH, JASON MAYBRUCK, CHRIS REED, CARYL CUNNINGHAM, DEE DEE SERUGA, and PAOLO ACUNA. Each artist was exceptional & each had such a different technique, approach & subject matter, it really was just mind blowing. It was difficult to man the tattoo booth, all I wanted to do was vacate my post & sit at the feet of a dozen masters & absorb everything they were throwing down.
Traditionally, this much talent usually also brings along that many egos, stilted personas, & clashing rivalries. Maybe I was stoned on the wave of creativity knocking everyone on their ass, but all that kind of petty shit seemed to be absent from the entire weekend. All I experienced was encouraging words, serious fucking around, & people working to raise the bar across the board. Just a stellar time.
Our clients kicked ass, everyone got some great pieces, & everyone was a delight to meet. We couldn't ask for a whole hell of a lot more.
Sunday Johnny was asked to get upon stage & be one of the judges for that day's tattoo contests. He was duly impressed at the set up. The stage is equipped with giant video projectors so attendants can see all the entries on big screens. The judges each have a laptop with software that divides all the contestants into groups, lists them by number & name, provides a photo of the tattoo, allows you to judge based on three sets of criteria, & then tallies the data online. Pretty genius. Even the judges do not know who was won until the numbers have been crunched & the winners announced. Very impartial & as about as fair as its going to get, another way Durb simply outclasses everyone else.
Live entertainment included live music, sideshow performers, & an art fusion stage, where a number of artists would work in charcoal & then switch to work on each other's art. The Arizona Roller Derby was there & put on bouts of all girl boxing.
As the event was winding down, having put as much of ourselves into it as we could, it did feel like summer camp was coming to a close. Great way to end the summer. We noted how hard Chris had worked all weekend long to make sure the on stage artists had everything they needed to be comfortable, & had been shooting video of everyone else all weekend long. So we shagged his camera & decided to turn it around & interview Chris himself.
http://www.facebook.com/video/video.php?v=470793655785&ref=mf
Thanks to everyone who was so great to us. Thanks to Durb for being the classiest gentleman in tattooing. Thanks to Chris for breaking molds. Thanks for the blood & skin, & for the loyalty of the scattered ronin.
Check out the photos.
Next up for Seppuku, the Richmond Tattoo Convention in November. We still have openings, let us know if you're going to be there to schedule work! 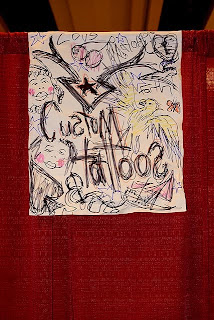 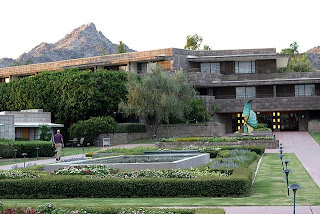 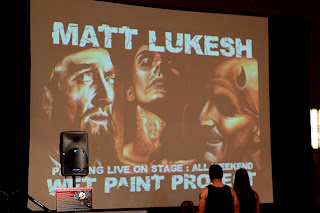 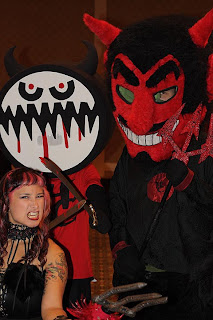 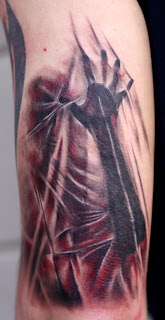 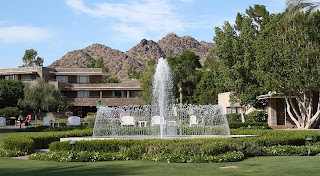 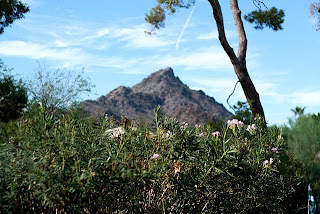 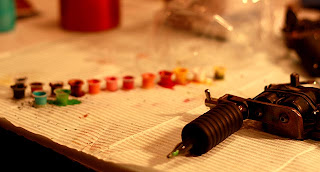 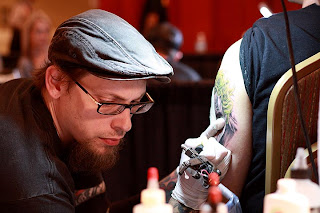 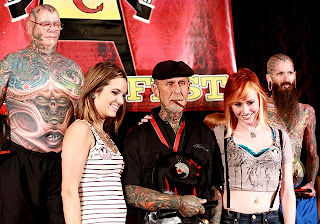 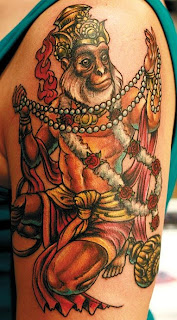 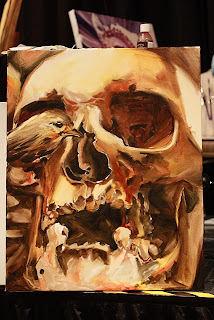 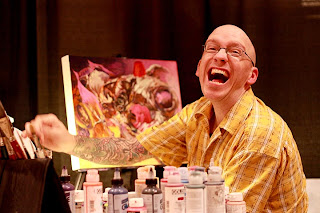 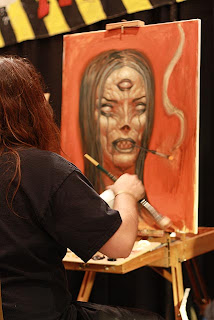 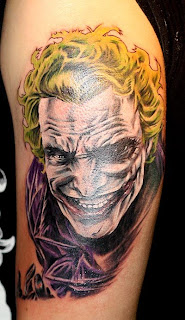 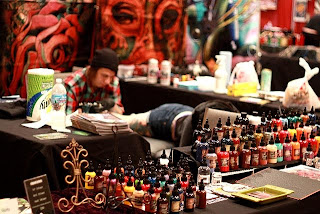 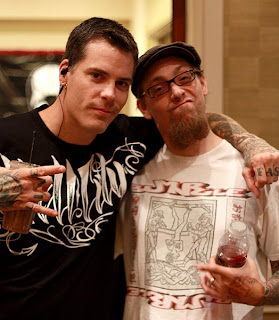 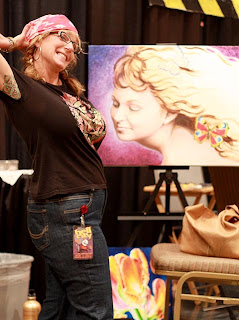 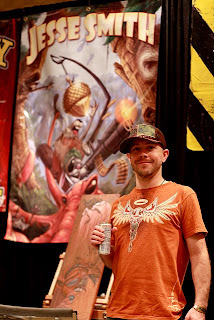 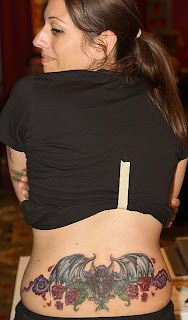 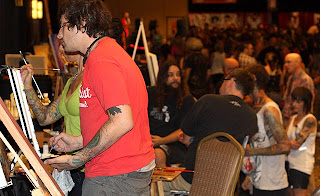 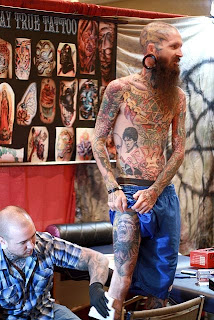 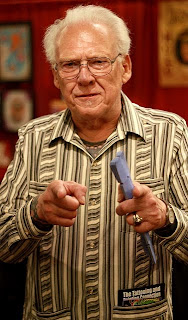 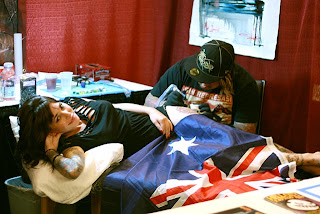 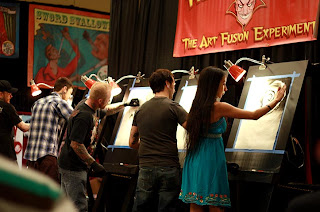 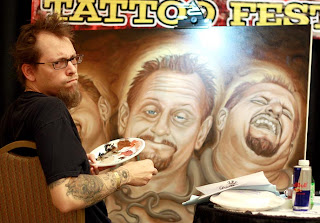 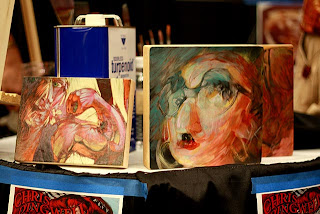 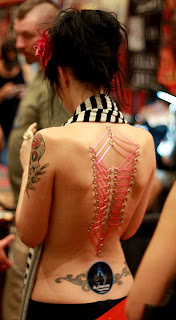