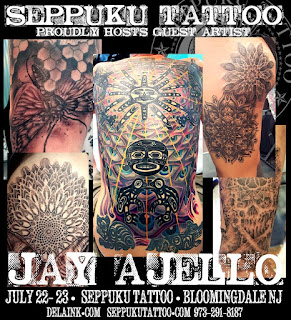 Saturday and Sunday, July 22 and 23rd, Seppuku Tattoo will proudly be hosting a very special guest artist, Jason Ajello. Jay started in 1993, and has tattooed cross country, in Europe, and in the Caribbean, and currently calls Colorado his home. He is a versatile artist with a broad range of styles, from new school to graffiti based images, but of late has adopted many of the aspects found in sacred geometry. Jay has worked with the Seppuku staff on and off since 2004, and has a true artist’s spirit that accompanies his wanderlust. He’s recently returned from the other side of the planet, as a guest of the 2017 Nepal Tattoo Convention in Kathmandu, and this will be his first guest spot at the Bloomingdale location. If you’d like to consult with Jay, or schedule some time while he’s here, don’t hesitate to contact him at jasonajello@gmail.com. Namaste! 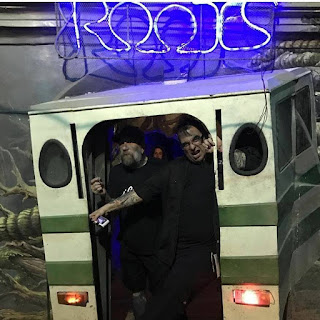 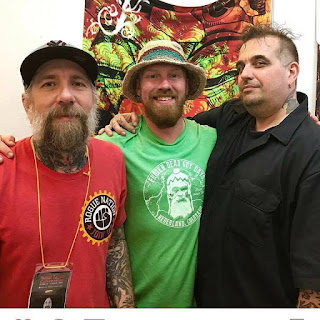 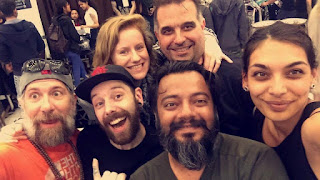 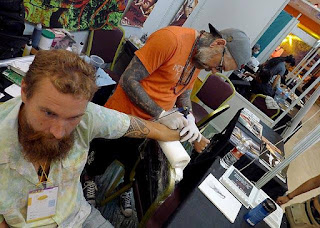