Good God Almighty, how is half the year over already?

We have a host of announcements to make, some of which are way overdue, some have already come and gone. Per esempio, Johnny was a guest at Trilogy Tattoo in Virgina Beach in the month of May, working alongside industry legend Dave Lukeson.

• Last year, Johnny sat down with Keith Ciaramello of the Tattoo Mentor Podcast. If you missed it, you can check it out here. http://www.tattoomentor.com/archives/177

• June 7th: Seppuku Tattoo welcomes guest artists Lu Tattoo from Lecce, Italy! Come by and say buon giorno, schedule an appointment for a tattoo, or swing by to give him a nickle tour of your city. 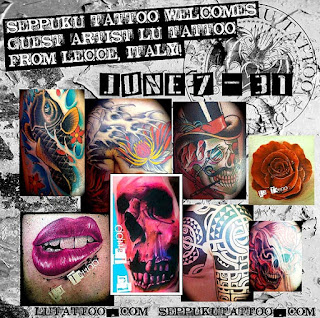 • June  17, 2015: This day will mark the fifth year being open at the Bloomingdale location, and the tenth anniversary of Seppuku Tattoo, which originally opened in Savannah on May 25, 2005. Plans are in the works for a commemorative T shirt give away, as well as a party, hopefully at a new joint scheduled to open directly around the corner from the studio, on the Hamburg Turnpike. More information will be announced as it happens!

• June 19-21: Seppuku Tattoo will be up in Canada at the Northern Ink Xposure Tattoo Convention. This is the convention's twenty fifth year, and it's an honor to be invited by Damian McGrath to participate. If you're planning on going, Johnny still has a few spots open, so feel free to contact him regarding appointments. The studio will be still be open, Jamison will be on hand with our staff of receptionists to help you with whatever you need. 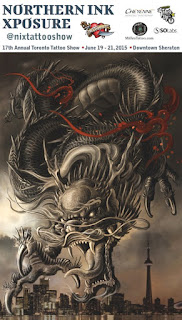 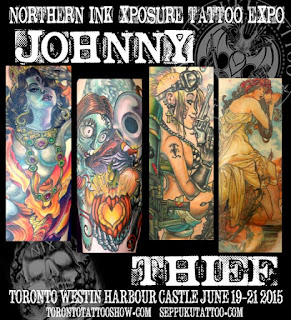 • July 10 -12: Seppuku Tattoo will be attending the first annual Empire State Tattoo Expo at the NY Midtown Hilton in New York City. The United Ink people have assembled a hell of an all star line up of artists from every corner of the planet, as well as some of the greatest artists from New York City, and is going to be a hell of a show. Not to mention the location puts us three blocks south of Central park. Johnny hasn't tattooed in his hometown since the Roseland Ballroom in 2004, and is glad to be included such an impressive collection of his peers. If you're a long time collector of work from Seppuku Tattoo artists, this will be an excellent time to show off your work. 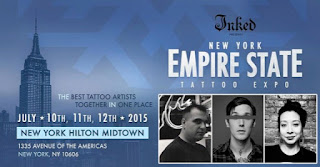 • August 14-16: The Wildwood Beach Bash in Wildwood, NJ. The studio is inquiring as to whether there are still open spots, but is interested in attending. A large number of Seppuku Ronin journeyed down in 2012, and brought back a lot of shiny things. We'll announce as soon as we are confirmed. 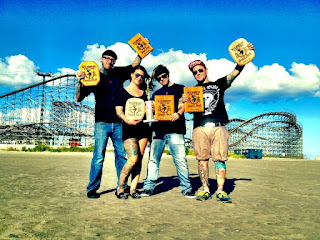 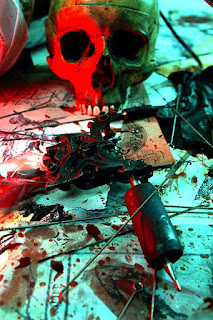 After a thirty year long resume creating visual art in a number of different mediums and a host of career titles, Johny is adding one more to the list. Details T.B.A.

•September 20-27: Johnny will be out of the studio for the following event. Please schedule your appointments appropriately.

• The studio has been working to become more fully staffed, and currently has four artists on a rotating schedule, which means that we are welcoming walk ins at most times. Please contact the studio for more information.

• We still have openings in the schedule and could fit in another part time artist, and are always open to guest spots from visiting artists. Let us know if you're interested.

As always, domo arigato gozaimasu to all the Ronin for your loyalty and support of Seppuku Tattoo!